Endings in Hollow Knight refers to the conclusions to the game that depends on the player's actions / choices throughout the game. These endings unlock different achievements and outcomes of the game's story. We will be listing the six endings and how it can be unlocked below. 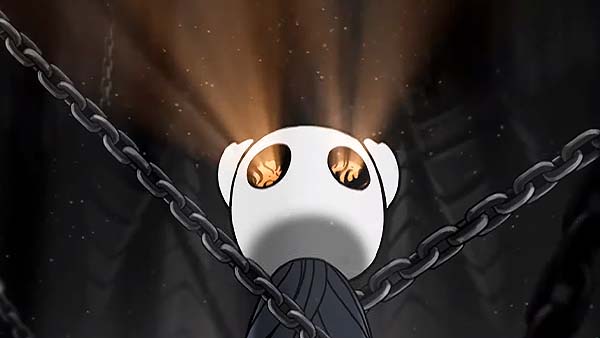 To acquire this ending, simply head straight into the Temple of the Black Egg after breaking the seals and killing the three Dreamers: Monomon the Teacher, Lurien the Watcher, and Herrah the Beast. Do NOT acquire the Void Heart charm yet, but ensure you have the Kingsoul charm. Head into the battle against the Hollow Knight, and upon defeat, The Knight absorbs The Infection and becomes the new Hollow Knight in his brother’s place. The Knight then becomes sealed inside the Temple of the Black Egg and the game ends. 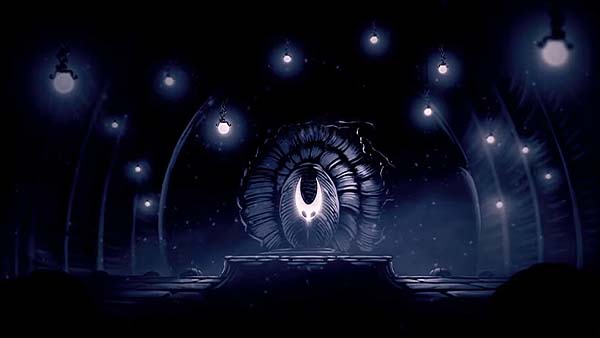 To obtain this ending, you'll have to acquire the Kingsoul charm and have upgraded it into the Void Heart charm. Head into the battle against the Hollow Knight, and once Hornet appears to help pin down the Hollow Knight, strike the Hollow Knight with The Nail instead of the Dream Nail or don't do anything which will cause the Hollow Knight to break free, knocking Hornet unconscious. You'll have to continue the fight until you defeat the Hollow Knight. This will trigger an ending where in addition to The Knight becoming the new vessel and absorbing The Infection. Hornet is also sealed inside the temple with her vessel half-brother, and her mask will appear carved on the sealed door similar to how the Dreamers masks appeared. 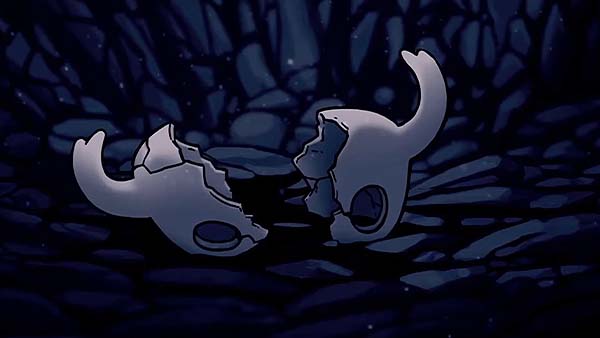 To acquire this ending, you'll have to follow the same steps done for Sealed Siblings. Kill the Dreamers to break the seal, obtain the Awoken Dream Nail, acquire the Kingsoul charm, head into The Abyss to find The Birthplace and consume the void for the Kingsoul charm to turn into the Void Heart charm. Once you've done all of that, proceed to the Temple of the Black Egg and fight the Hollow Knight.

When you're close to defeating him, Hornet will appear to pin down the Hollow Knight. You'll have to strike the Hollow Knight with the Awoken Dream Nail to enter the dream world where you'll face the true boss, The Radiance. After The Radiance is defeated, The Infection will be cleansed and the black egg will disappear. Hornet then wakes up and finds The Knight's shell broken in half which implies that The Knight has returned to The Void.

The scene then follows into The Abyss where the siblings can be found sinking into the ground which also implies that they can finally rest after finally putting an end to The Radiance. 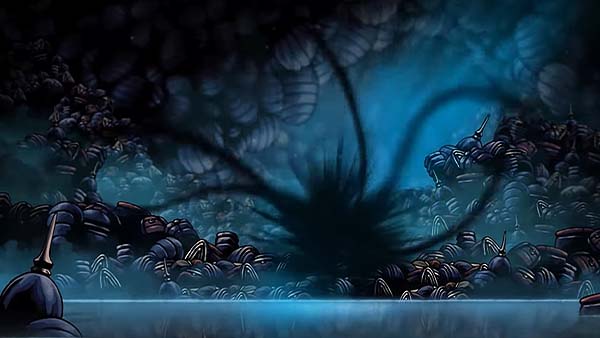 To acquire this ending, you'll first have to meet Godseeker in the Junk Pit, enter the dimension in his dreams known as Godhome, unlock the Pantheon of Hallownest and defeat all 42 bosses within it. After defeating all the Pantheons, you will now face the final boss called Absolute Radiance.

After defeating the Absolute Radiance, the Void Entity (Shade Lord) will proceed in destroying the Absolute Radiance. Afterward, you'll see the Void raining down inside Godhome. The Godseeker looks up as the black inky Void substance rains down on the place. The Shade Lord wraps the Godseeker in his tentacles, then the scene cuts where it shows the physical body of the Godseeker located at the Junk Pit, as it leaks out Void and slowly covers him in this black substance, and then black tentacles start to burst out of his body.

The scene then cuts where it shows Hornet inside the Temple of the Black Egg. The Hornet readies her guard as an unknown figure appears before her. 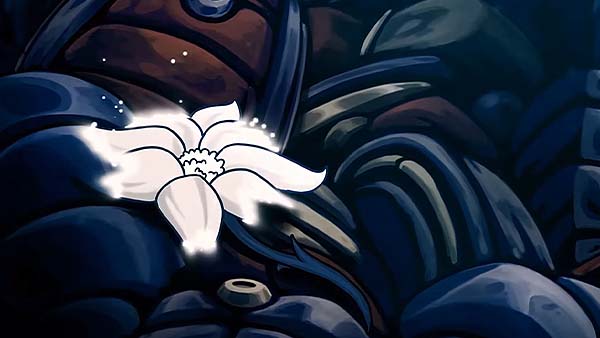 To acquire this ending, you'll have to give the Godseeker a Delicate Flower. Upon giving him the Delicate Flower, you'll need to beat all 42 bosses again within the Pantheon of Hallownest and the Absolute Radiance. It will play out the same cutscene as Embrace the Void with a few minor changes.

The scene is then followed with Hornet again being inside the Temple of the Black Egg.

Passing of the Age

To unlock this secret ending, you'll have to complete all of Mister Mushroom's quest in a certain order.

Once you've completed all of Mister Mushroom's quest, you will now have unlocked this secret ending that will play out after you beat the game. The scene will show Mister Mushroom flying into the sky, and it finishes off with "To be continued" displayed on the screen.