The Last Stag is the last surviving stag beetle in Hallownest, he can be found when a player finds a Stag Station (there is one in Dirtmouth). Each time a Stag Station is unlocked, he mentions how he used to carry passengers when he was young and that the highways and crossroads of Hallownest were full of life. After unlocking all Stag Stations, he finds the Stag Nest and is given hope that there are other Stags that may have survived and made their way out into the wider world. 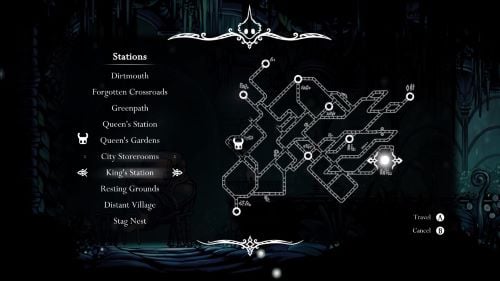 Greetings, little one! It's been an age since I last heard the ringing of a station bell. It echoed down the stagways and called me to you.

I've grown stiff and tired over these many years and I've forgotten much, but the sound of the bell will always call me back.

These stagways stretch the depths of Hallownest. If you want to travel them, hail me from the platform. I will take you where you need to go.